Starting off 2016 with a huge announcement!!! TRAKTIVIST will be involved as one of the producers for a brand new cable Tv show called 'mydiveo LIVE on Myx Tv'!!!!!!!!!

Myx TV, the fastest growing English-language, one of the largest multicultural entertainment networks in the United States, has teamed with mydiveo – a new global musical talent discovery platform and mobile app. As part of the new partnership, on January 11, 2016, Myx TV will air “mydiveo LIVE!”, a weekly 30-minute music magazine show that will feature interviews with the hottest trendsetting artists and industry tastemakers, new buzzworthy music videos, music events coverage and other recording session exclusives.

“This collaboration will create a new vehicle of music discovery for millennial music lovers who want to spice up their music choices with artists they haven’t heard on the radio yet,” said Miguel Santos, general manager of Myx TV. “Myx TV and mydiveo will feature new, undiscovered music for those early adopters who are looking for a fresh sound that’s not necessarily mainstream, but on-trend and poised to be the next big thing in music entertainment.”

“We’re excited to partner with an innovative network like Myx TV because for the first time on television, the real music industry tastemakers and trendsetters, record label A&Rs, high profile artists, and DJs will help curate our programming based on what they are currently listening to,” said Roslynn Cobarrubias, co-founder & CMO of mydiveo. 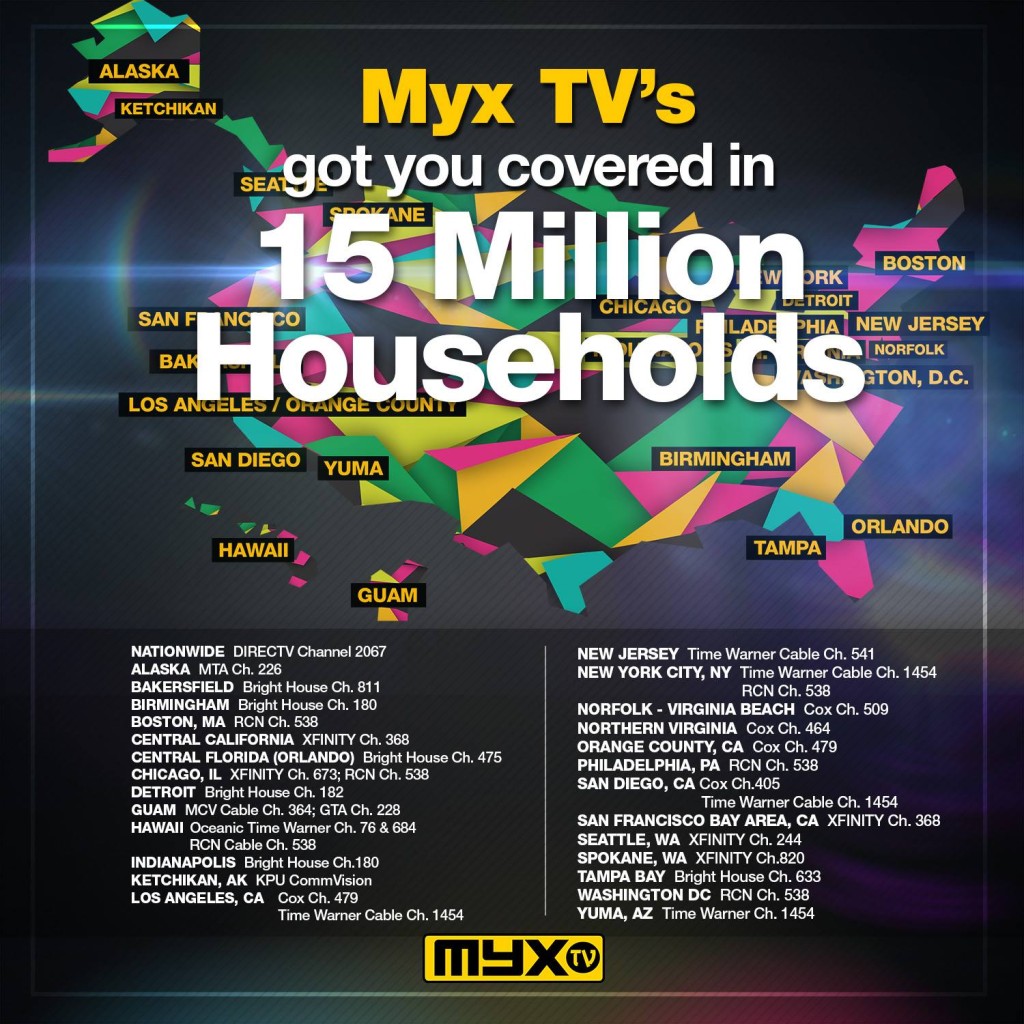