TRAKTIVIST is the premiere website to discover music made by Asian North Americans, as featured on Google &  NBC News. Launched in 2015, our platform was created to bring more visibility and sustainability to Asian American artists.

Our groundbreaking website operates as a central, online hub, offering quality, convenience, and cultural value through our unique cataloging. Search by Ethnicity, Genre, Role, and Instrument!

From new releases to undiscovered gems, listen to our playlists on Spotify ! 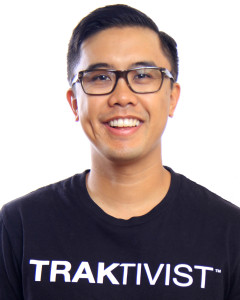 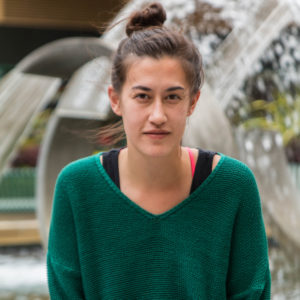 Lauren Lee is our Events Director. She is also an artist manager and has worked as a talent buyer, nonprofit executive, and community organizer.

In her career as an artist manager and talent buyer, Lee has seen the discrepancy in the industry of how Asian Americans are consistently overlooked or excluded from industry communities that often succeed. She started work reversing these trends with Kollaboration SF, and after being executive director for 18 months, she moved to LA to join efforts with community leaders in Asian American media.

Lee has been a fan and follower of TRAKTIVIST since its inception, and with her move in the fall of 2017, joined the team.

What the Community Says About Us:

Momo Chang, Content Manager, Center for Asian American Media (CAAM)
"It's really exciting to see a new platform for Asian American musicians through Traktivist and the Traktivist podcast. CAAM has been partnering with Richie of Traktivist since May 2015, where he shares bi-monthly playlists of new songs by APA artists. Richie's breadth and depth of knowledge about pioneering and up-and-coming APA artists is astounding. His passion for music and for amplifying the voices of APA musicians is very clear."

Christine Minji Chang, Executive Director, Kollaboration
"The combination of passion and prowess is so powerful in Traktivist.com. This website and endeavor is a manifestation of a true love for the Asian American community and the art that we create to tell our stories. It's amazing to learn about both the past and present through all the music discovered through Traktivist. This platform allows art to be a contributor and conduit to a much bigger and necessary conversation of identity, racism, and the role that the creative mediums play in changing cultural norms. The partnership and genuine friendship between Kollaboration and Traktivist is just another example of why I feel so honored to be a part of this artistic community. It's astounding to witness the work that goes into sustaining this artistic movement and so inspiring to keep creating.  It's a true team effort to advance the API community forward in creativity, understanding, and impact."

John Swing, Business Development Specialist, Search to Involve Pilipino Americans (SIPA)
"Ronald Takaki, a prominent American historian, once said, “how do we free ourselves from our past, if we do not even know this past?” This quote reminds us to search different medians to empower and especially, accept who we are.  One median that is often used is - *MUSIC*. Traktivist is a vessel for music.  Traktivist helps us learn about ourselves and how we celebrate uniqueness in expression and embracing our kapwa (our community).As the leading organization in the Filipino American community, SIPA is honored to have Traktivist as a community partner.  We appreciate all that Traktivist has done for our Filipino American community and are committed in supporting its business through advocacy and outreach!"

Annie Choi, Owner, Found Coffee
"Traktivist is a website for the Asian American community by the Asian American community. They bring awareness to the wonderful, diverse, and unique talent that is sometimes undiscovered by the larger population. Its founders are passionate about supporting the rich history of our people by providing a platform for artists to tell their stories through their music. I, as an Asian American small business owner, am thankful for the support that they have shown me. Traktivist brought the house down by providing the soundtrack to our Grand Opening party. Not only does Traktivist support artists, they support local businesses as well. Thank you, Traktivist, for being an integral part of our community! Keep doing what you do."