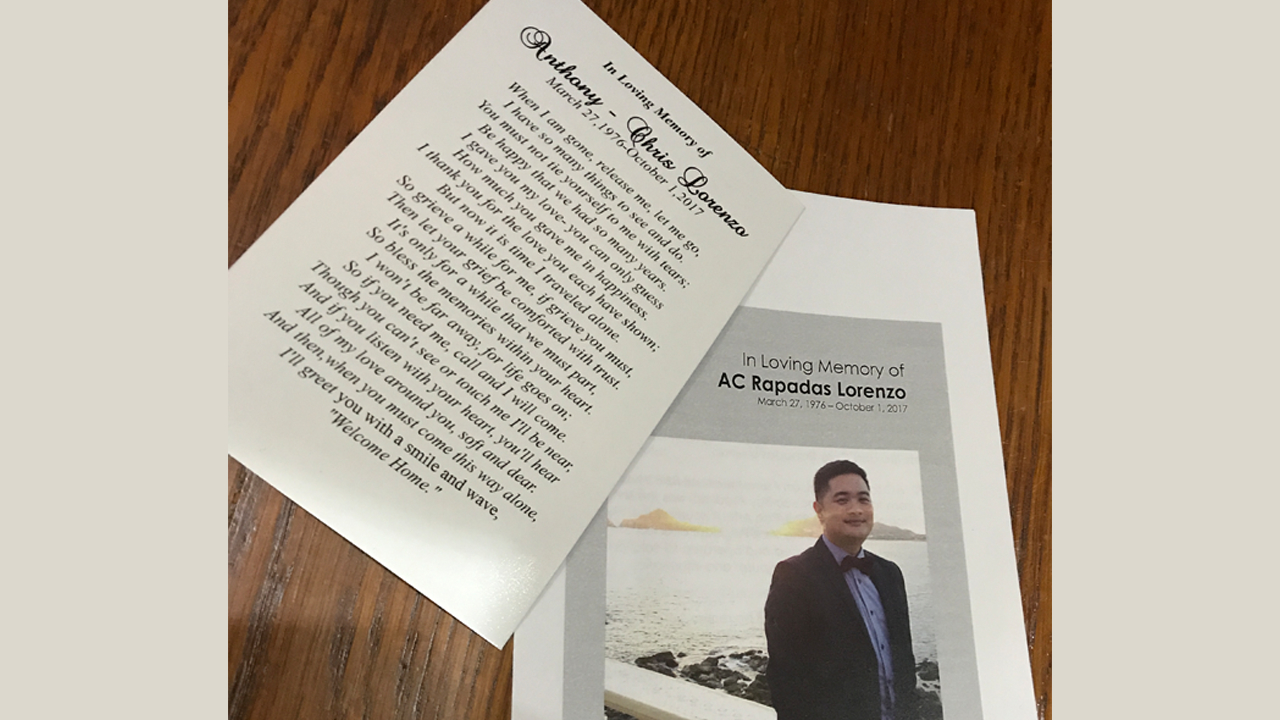 I met you in 1996. Everything about that night I remember so clearly because it was an important day in my early life. I was only 16 and it was my first ever dj gig at a local club in Hayward, California. Not only did I get to spin with some of my local dj heroes, but it was first time being introduced to your singing group, which at the time was called “APEX”. Before then, my experience of groups that sang acapella were Boyz II Men, Shai, and All-4-One, but they were always groups I could only appreciate from a distance. But on this particular night, you and APEX were my first true connection to local talent that blew my mind!

In the year that followed, I remember seeing y’all perform at different local schools, mostly for talent showcases thrown by Filipino American School Clubs. I remember all us kids going crazy whenever y’all performed because it was incredibly smooth and polished. It felt special. It felt what we imagined was the real deal, a group that gave us a gut feeling that they were just about to break into the mainstream

APEX became our cool local heroes, inspiring lots of us young high school kids to start singing groups. At my high school alone, there was at least 5 groups that formed during my last years there. I sucked at singing, but I even got convinced to be part of a group at one point haha!

Then in the summer of 1997, I was asked to be part of a cotillion court for our friend Cindy’s 18th birthday. I remember on the first day of practice, I was nervous when we got reintroduced because I felt like I was meeting a famous person haha. But you were so chill, down to earth, and approachable, which made me respect you even more. Throughout those weeks of practice, our entire group got close because of how much time we spent together learning the choreography you taught us. But from that entire experience, the times I will always remember is when your group’s song “Say You’ll Stay” made it on the “Battle of the Jams” on our local radio station and we would all call to vote. Not only was it exciting to hear your track on the radio, but it was such a rush when y’all kept winning night after night, to the point where the track ended up got some good rotational airplay. And from there, things skyrocketed for y’all! The group’s name was now officially “KAI” and you got signed to a major record label. As your friend, I couldn’t have been more proud of you, witnessing your dreams unfold!

A few years went by where we didn’t see each other as often since you were touring all over the place. But in 2001, I don’t believe it was coincidence that we reconnected. Our dj group had taken a hiatus spinning at the clubs and things for you with KAI had slowed down. And I don’t remember how it happened, but somehow our group of friends ended up kicking it every Wednesday night at the Borders cafe in Union City. We’d all be either studying, chillin, or working on ideas. I believe that’s how we all got closer. In the year’s that followed, you just became of one of us. You were part of PMD. You became family.

At the end of the year, we even formed a cover band called “Carpool,” you played the guitar, and we debuted our songs at my going away party in December of that year. 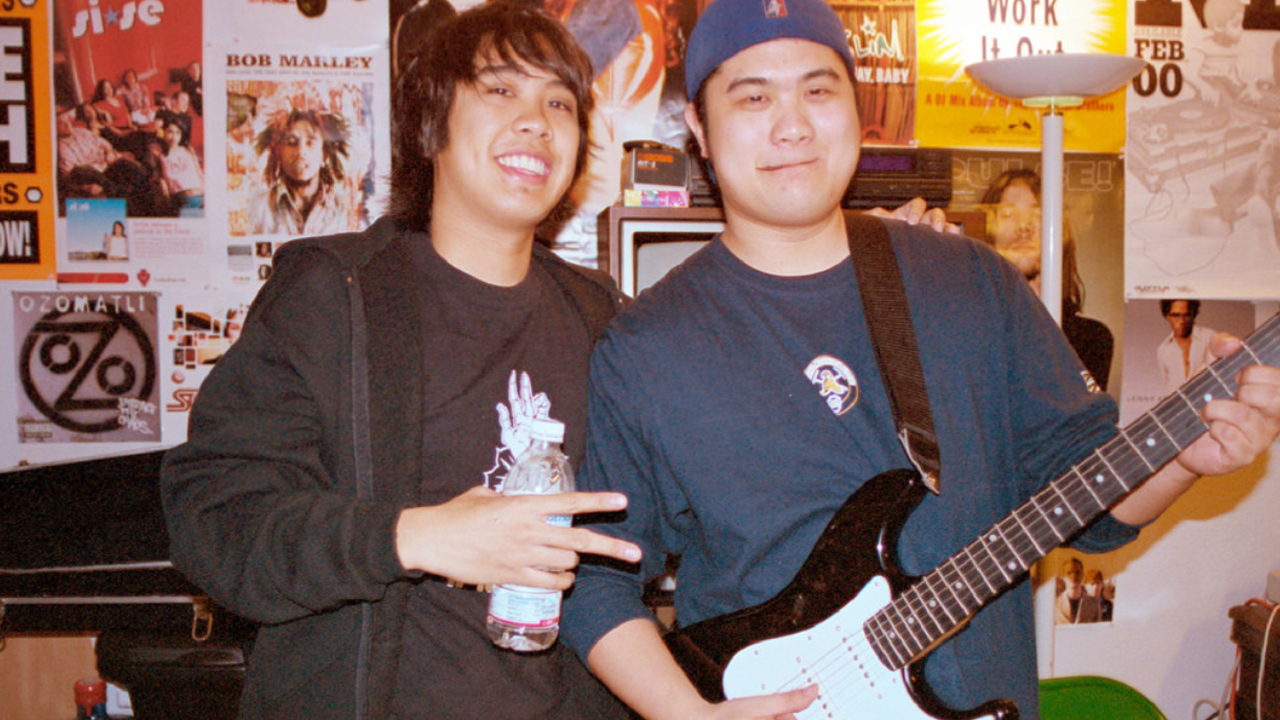 In the years following, we built so many fun memories, from bday parties to bachelor parties and weddings, christenings, to just chillin at each other’s spots doing nothing. Thanks to Warren for reminding us of the kinds of stupid shit we used to all do together haha!

As we got older, there would be seasons in which we wouldn’t be in contact as frequently, however, the disconnect would never last too long because we always ended up reconnecting because of our shared passion for music. Like that one time you and your awesome cousin Matt formed a KPOP dj duo called The Kuyas and I came over to your spot to listen to your mix. That was my first real introduction into KPOP.

Then in 2015, I launched TRAKTIVIST and you were right there to fully support it. 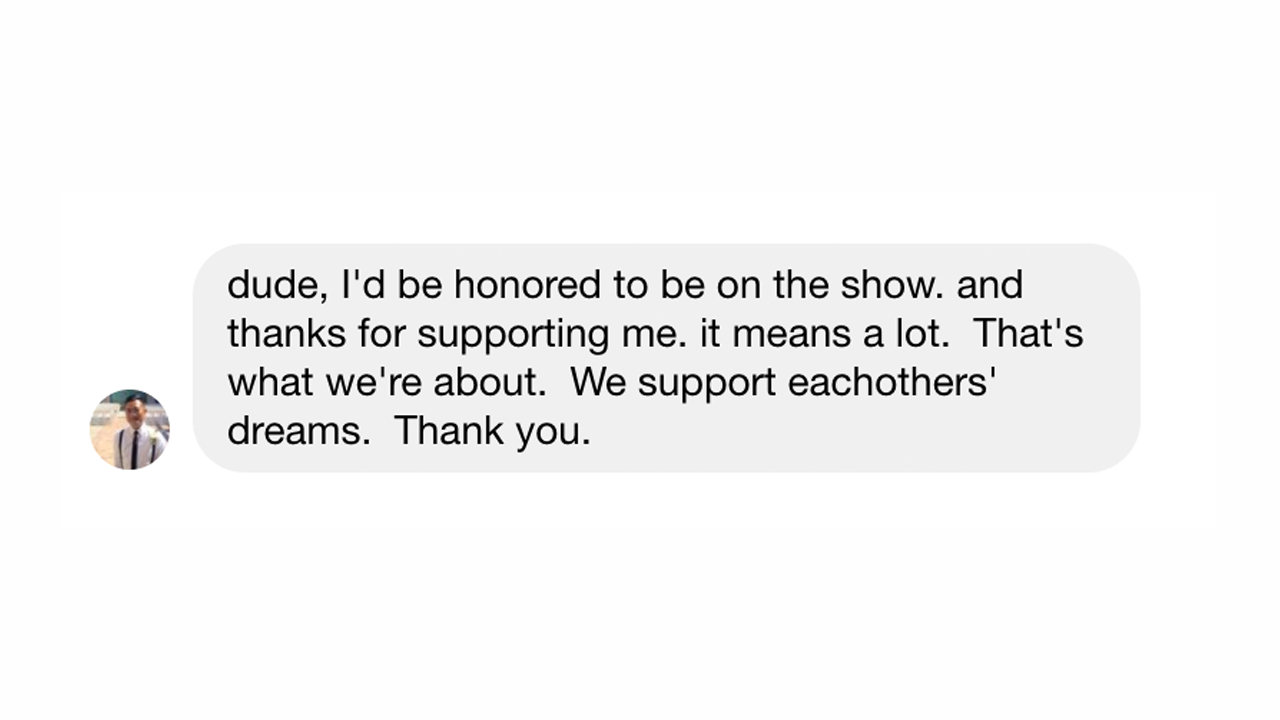 I know I’ve told you this many times, but you are a HUGE part of why I started TRAKTIVIST. In addition to your friendship, your artistic journey and contribution as an Asian American musician was legendary. And it was important to me and Tricia that you and your body of work were appreciated and never forgotten. It was important that the new generations of Asian American talent always had a reminder that it was the roads that you and KAI paved that made way for their current & future successes.

I feel extremely fortunate that our relationship got much closer in the last few years because of music. I remember when you came down to LA for LAAPFF to support your homie’s film and we had a chance to chill and talk. I remember confiding in you about how I was really struggling building relationships within artists and people in the community and industry. And you shared with me advice to “approach people not as business transactions but as possible life long friendships”. It is advice that I have acted on and will continue to carry with me for the rest of my life.

Thank you for also allowing me to be part of your solo career relaunch. I was so proud to be your friend and see the community show so much love and respect to you. One of my favorite recent moments was when you performed as a featured artist at Kollaboration Star, where people were reminded of your importance to history and this community!

I miss you very much my dear friend. One of the hardest parts of losing you so suddenly is the fact that in the weeks prior to your passing, me, you, and Anton had been in the planning stages of documenting your incredible story and the story of KAI. And we know that we can always put a documentary together, but it just doesn’t feel the same without your voice and ideas. It just doesn’t feel the same without you. 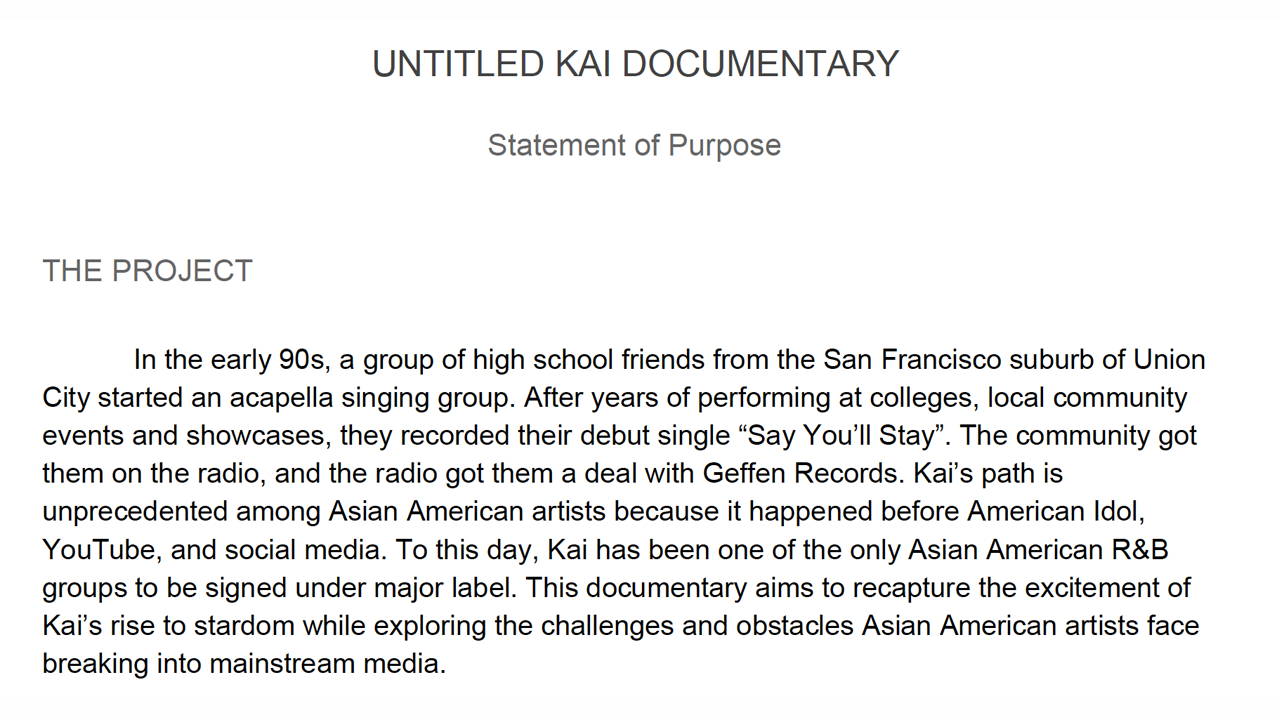 As I stood in front of your coffin, I just couldn’t process your unexpected death. Honestly, I still can’t. I’m still having a very hard time accepting that you are no longer physically here with us. I’ve been devastated by the void that now exists because you are not here. It still hurts terribly to see the recent text message you sent me a few days before you died where we talked about our upcoming plans. So many exciting ideas and musical projects you were energized to carry out. So many laughs and deep conversations that will be missed. There’s been so many times just in the past two weeks where I just wanted to call or text you to just talk about music and life. And it crushes me that I won’t be able to do that anymore. 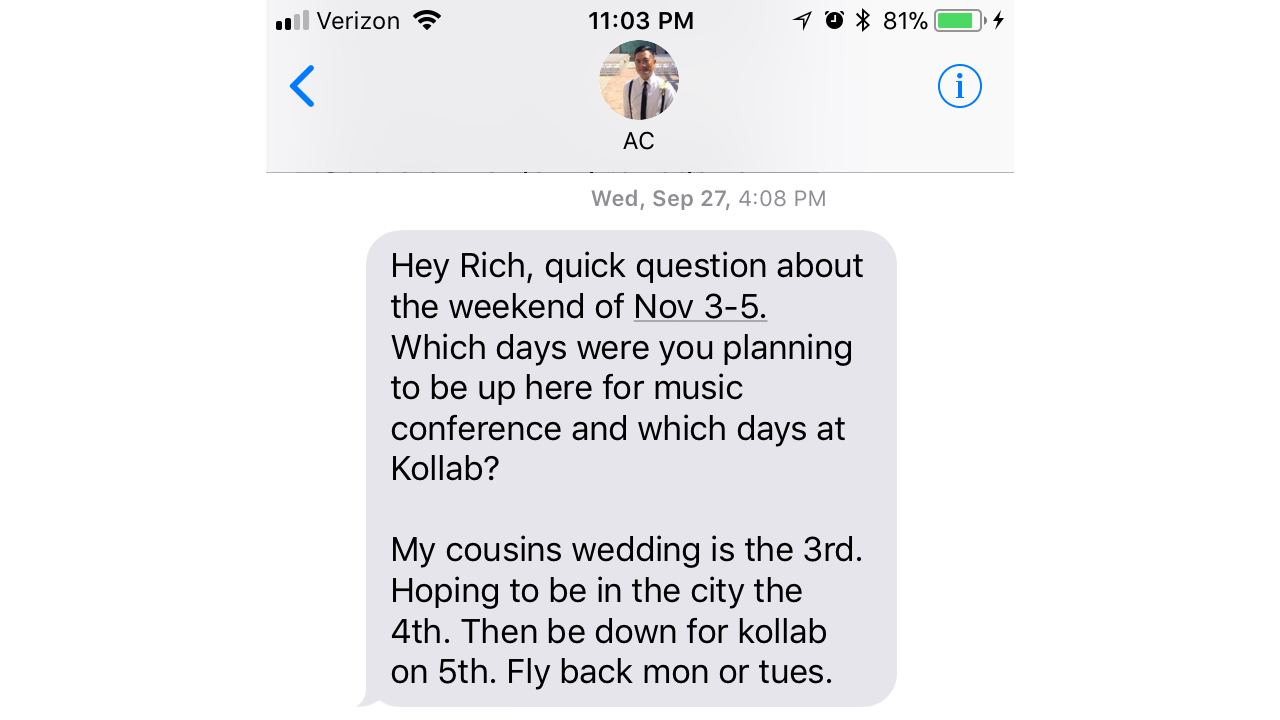 But one thing I take comfort in is that in our last recent phone call, you mentioned that you were the happiest that you have ever been in your life and that your Faith is the strongest it has ever been. So in your passing, at least we know you died a very happy man, left this world with no suffering, and now in a place where I know you’ve been welcomed with open arms.

AC, I love you dearly my Brother and I promise that I will always carry your memory with me in everything I do. You have always been my hero and I am forever grateful that I’ve been able to also call you my family. I miss you so much.

May you rest in power, love, and peace. 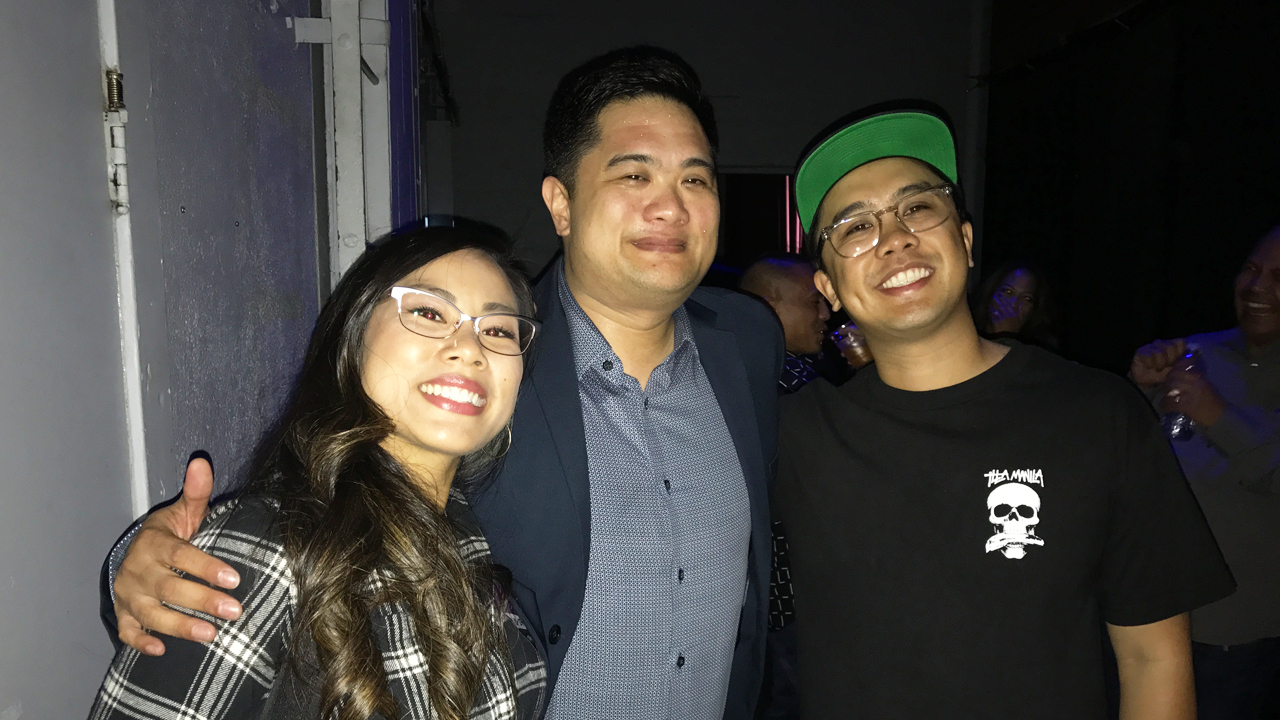 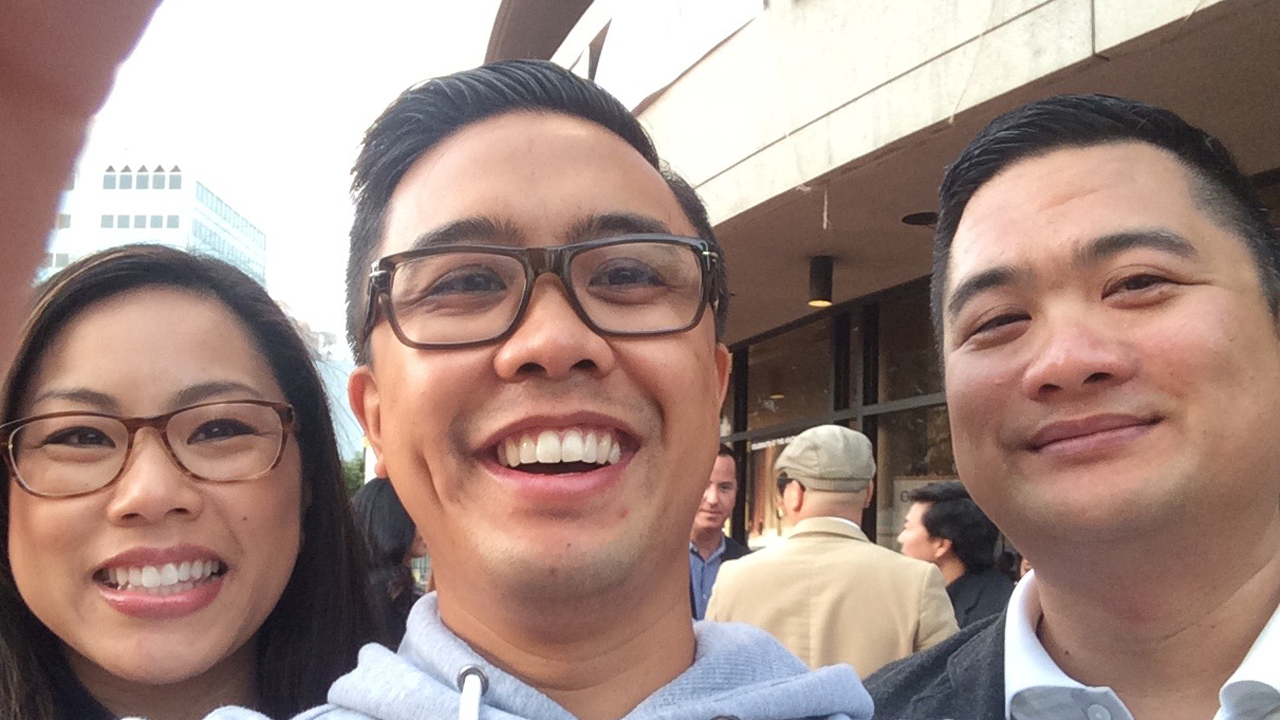 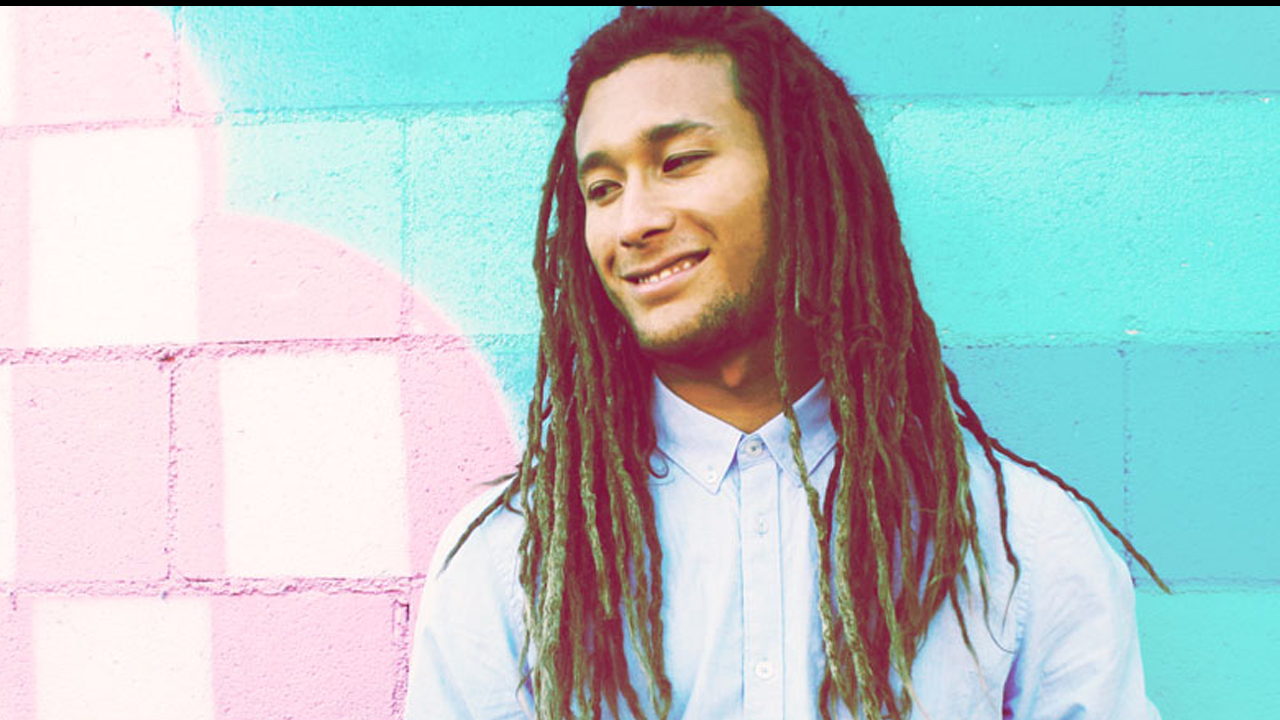 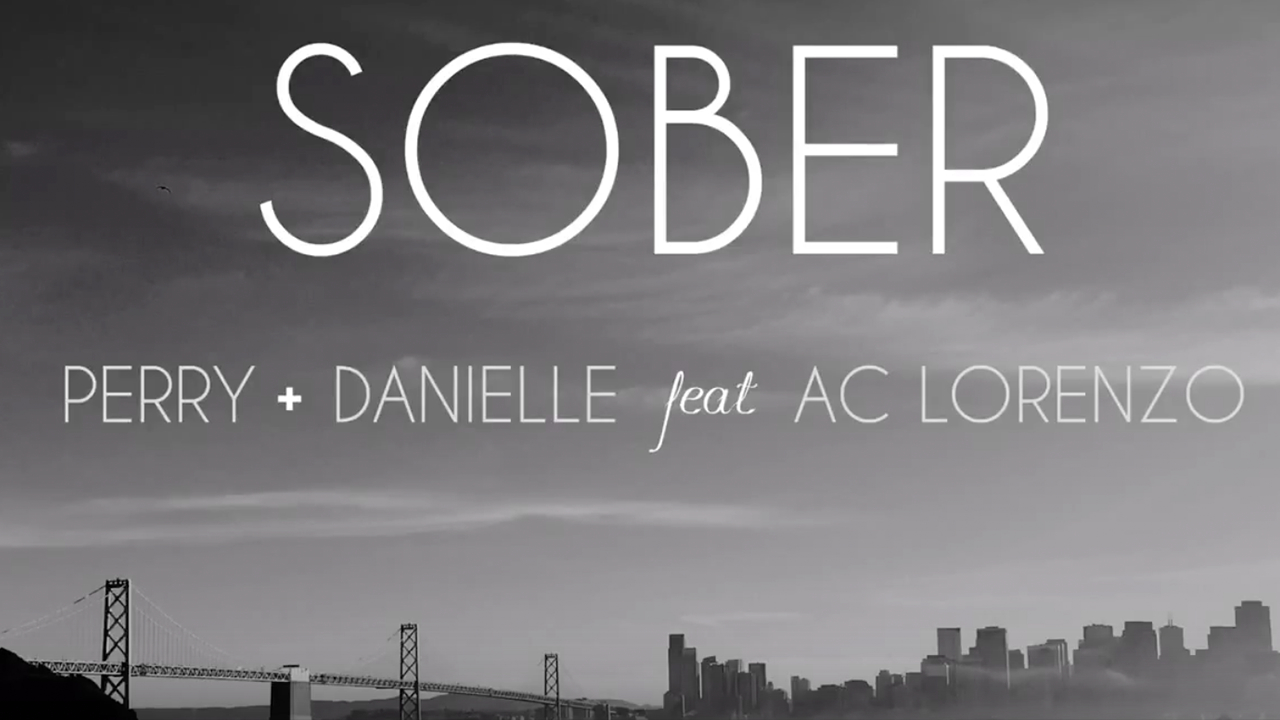 This week on mydiveo Live on Myx Tv, TRAKTIVIST features J.Lately's music video "All About You" featuring Della, and joules' music video "Lady Luck", featuring Jennifer Chung. Also, sweat it out with Apl.De.Ap and Liane V. in Workout Wednesdays. 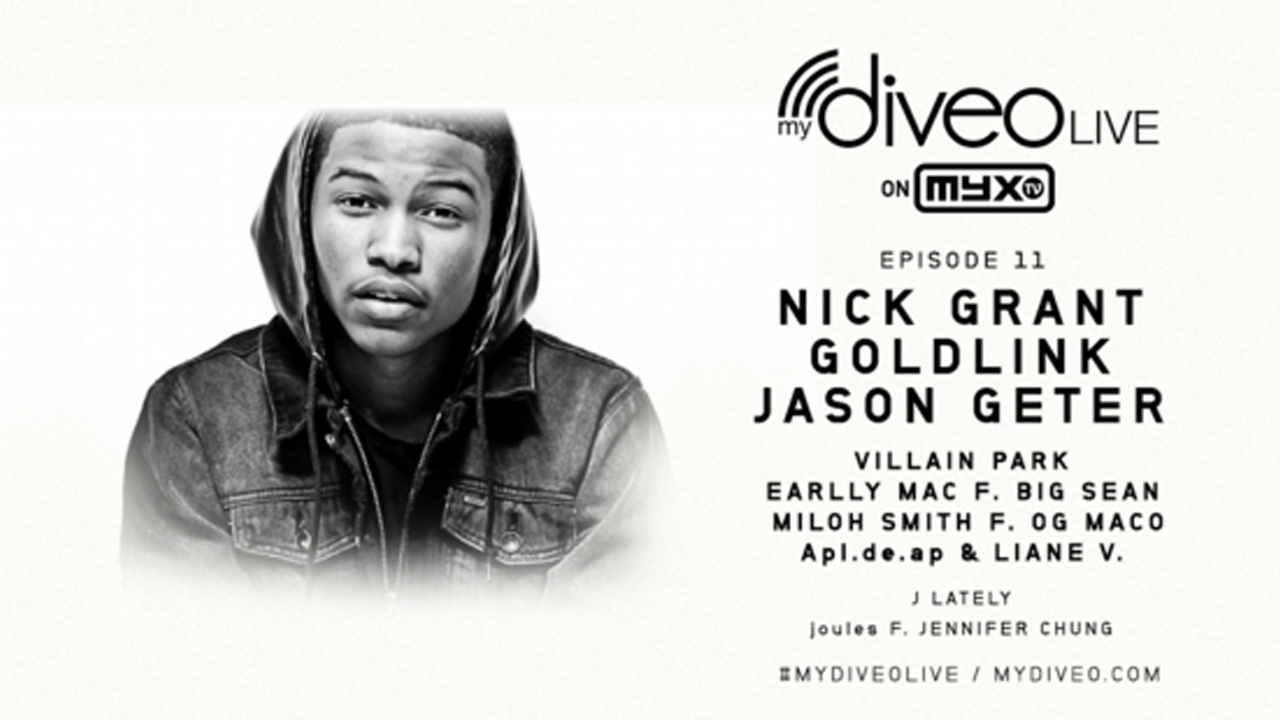 Last Music Monday of March! Check out these 27 new releases from our Asian American music community!

Swizz Beatz - Waitin' On Me (co-produced by !llmind)

AM Kidd - I Understand Crazy

Sam Tsui - The Rainbow Connection (from "The Muppet Movie") 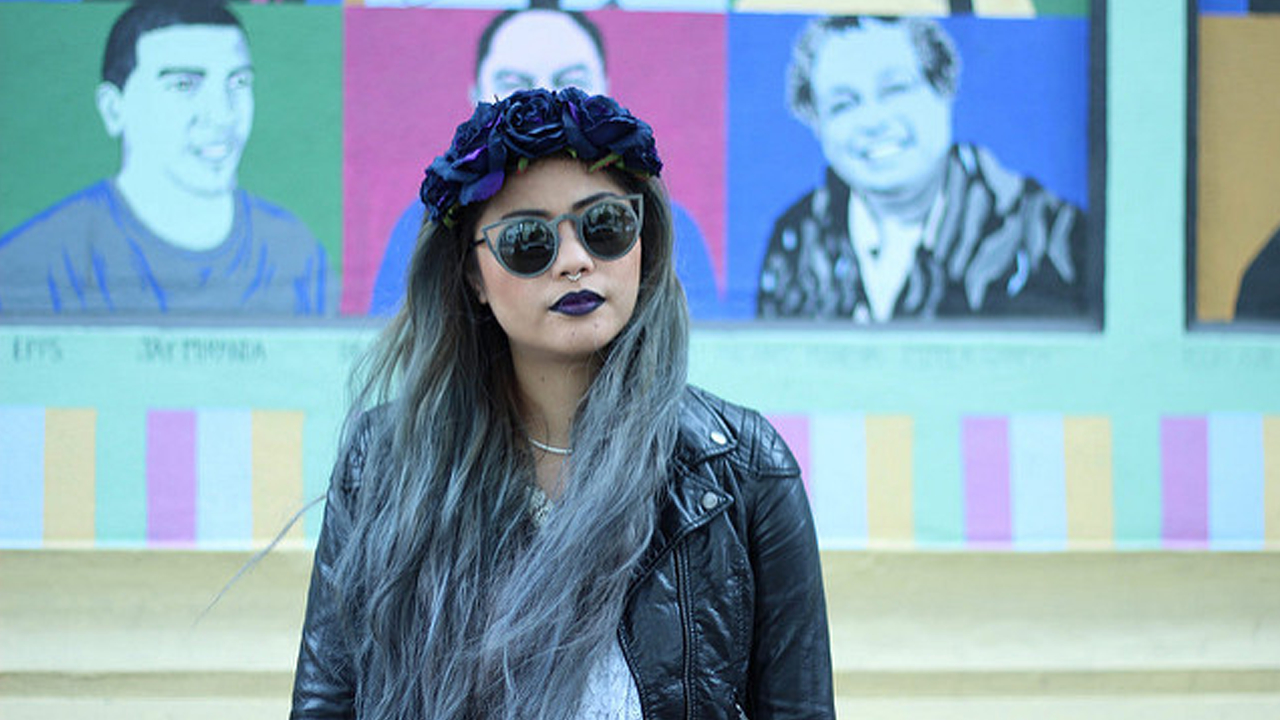 It's Music Monday again! Check out these 23 new releases from our Asian American music community. Plus our pick for Mix of the Week!

In this clip from "mydiveo LIVE!," having worked with reggae greats, Kapena, The Green, and Stephen Marley, Eli-Mac talks about how grateful she is for a getting a second shot and finding success in music.

“It has been a crazy ride on this journey of mine and I never really fully opened up through my music until I started writing a few years ago. I wanted to quit music as I struggled to find my sound when I realized, I was searching for the wrong thing. What I was looking for was already with me all along - My story.
So here it is. I'm baring it all. Hear me #Undone.” - Jayne Rio

Jeremy Passion - WE CAN

Lawrence Park - Stay With You – (cover of John Legend)

Love Yourself by Justin Bieber - Cover by CryWolffs Violin 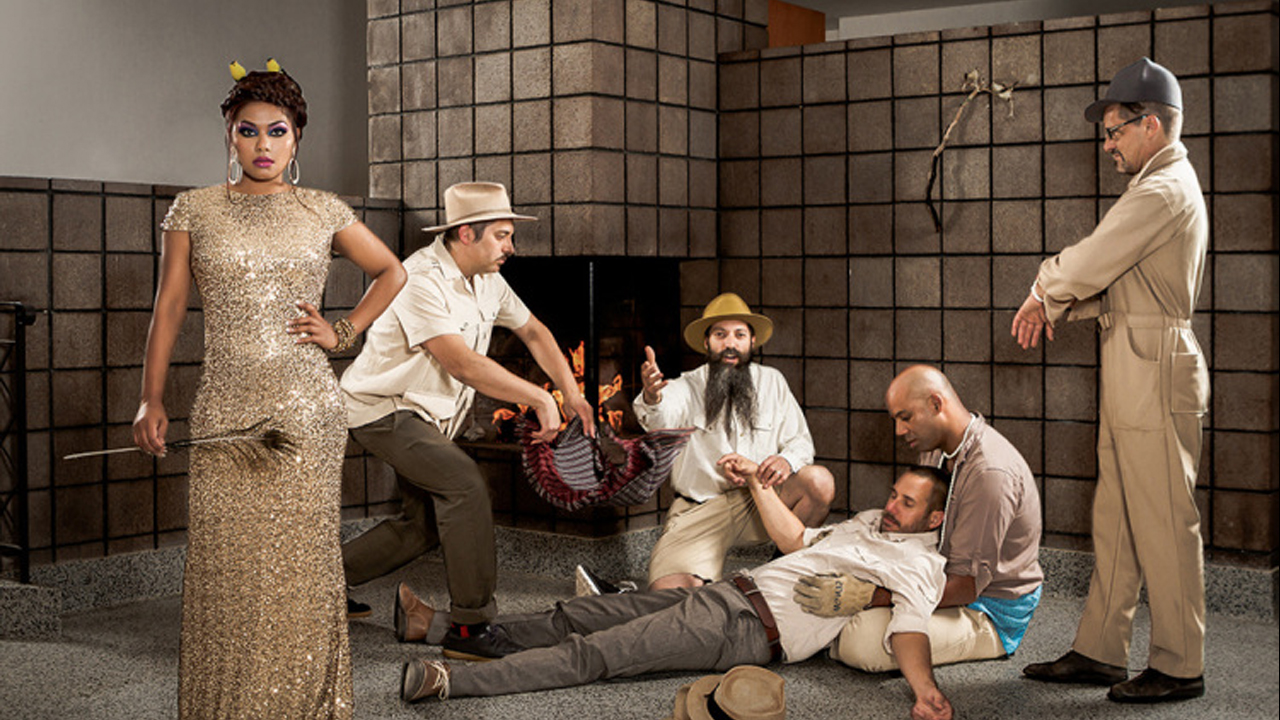 It's the first Music Monday of September! We've got 26 new releases from our Asian American music community this week. Also, we feature our pick for our Mix of the Week!

Travis Atreo - What Do You Mean

gunnarolla ft. Shia LaBeouf - DO IT

Rey Res - Would You

TONY TRAN - ALL ON THE LINE ft. JORDAN LORENZO